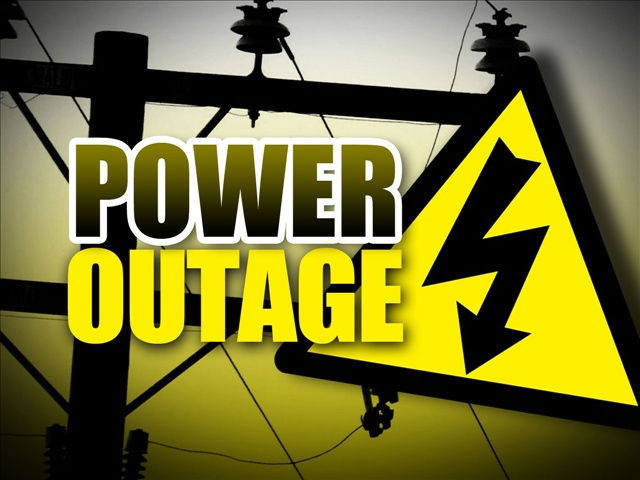 ‘Power Failures’ never come at a convenient time. They usually come in the middle of a good movie that you’ve been waiting to watch or you’ve really gotten into. A power failure could mean no lights, no TV, no cable, no internet, no water, no shower, no toilets, no refrigerator, no freezer, no sub pump, no air conditioner, no heater, no garage door opener. If it’s a community ‘power failure’ it could mean no radio, no gasoline, no cell phones, no traffic lights, no restaurants, no grocery stores.

The August 14, 2003 ‘power outage’ (blackout) affected 45 million Americans. It was the 2nd largest blackout in world history (1999 Brazil) It was caused by overheated lines sagging into overgrown trees in northern Ohio. Normally this would trip an alarm. But the alarm system failed. As other lines tried to carry the load, they broke down and cascaded into failures throughout southern Canada and 8 states (including Michigan). It cost an estimated $6 billion.

What about a spiritual power failure? While Jesus was on a mountain, revealing His glory to 3 of His disciples, the other 9 were struggling with their power to exorcise a demon from a boy. They just didn’t have the power. When Jesus arrived, He talked with the boy’s father and the disciples. This conversation reveals what we can do in a power failure…

Jesus said unto him [the father], If thou canst believe, all things are possible to him that believeth. And straightway the father of the child cried out, and said with tears, Lord, I believe; help thou mine unbelief. When Jesus saw that the people came running together, he rebuked the foul spirit, saying unto him, Thou dumb and deaf spirit, I charge thee, come out of him, and enter no more into him. And the spirit cried, and rent him sore, and came out of him: and he was as one dead; insomuch that many said, He is dead. But Jesus took him by the hand, and lifted him up; and he arose. And when he was come into the house, his disciples asked him privately, Why could not we cast him out? And he said unto them, This kind can come forth by nothing, but by prayer and fasting. (Mark 9:23-29)

1. There is power in prayer.

Jesus is not divulging a secret method of power. Notice He didn’t even pray in this situation. Jesus did not treat prayer as a technique or tool. It was a way of life. Prayer is not a way of getting God to do what we want. It is a way of getting us to become who God wants us to be. Jesus spent time with God on the mountain. This gave Him the power in the valley.

This doesn’t mean that we automatically get anything we want if we just believe and pray. Jesus meant that anything is possible if we believe because nothing is too difficult for God. We can’t have everything for which we pray, but with faith we can have everything God wants to give us. We are free to ask whatever we want as long as we realize God will answer according to His will. When we will what He wills, then we truly will have the mind of Christ and can ask anything.

2. There is power in doubt.

Jesus did not expect the father to overcome his doubt before a miracle could happen. But he confessed both his faith and his weakness. And Jesus used this opportunity to strengthen his faith. It is not the strength of our faith that makes the greatest difference, but the strength of Him in whom our faith rests.

This man represented the deepest trust of a human. To continue to trust Jesus when we still have doubts. This prayer needs to be prayed by more Christians.

3. There is power in Jesus.

When you cannot deal with the situation, bring it to Jesus. Our effectiveness is measured by the way we respond to crisis. Contrary to the fears of some, failure in crisis is not always failure, but can provide a means for growth and change.

The lesson is simple but profound. We can be called and gifted and successful as followers of Jesus, but if we do not remain in constant contact with the source of our power (Jesus), we will fail.

The greatest need for each of us is to pray. One of the greatest gifts Jesus can give us is to pull the rug of security out from under us…. to allow us to get out on a limb where only He can help us. It doesn’t matter, then, how much we’ve learned or accomplished. We believe, but our faith is stretched. Faith that is stretched is strengthened.

If you feel powerless in any situation, try prayer!

You can read some of my other articles about prayer: God, Prayer & My Stolen iPhone, 9 Facts You Should Know About Prayer, Prayer – Talking with Someone You Can’t See.