Speaking in Tongues? Some Warnings. 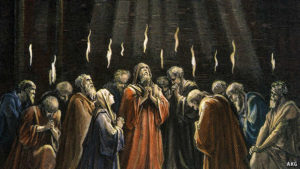 Speaking in tongues is a most controversial spiritual gift. I preached a message from 1 Corinthians 14 this past Sunday and shared some of its principles with our congregation. I thought I would share them with you.

Problems surrounding speaking in tongues have been evident all the way back to the early church. The public worship service in Corinth was being hijacked by those who wanted to promote this gift above all others. But Paul presented some good principles that would be advised for today.

In full disclosure, I do not believe that tongues, nor some of the other revelation and sign gifts, are needed today. But if you believe these have continued to present day I hope you will adhere to these instructions from the Word of God. I’m not going to be able to quote the text of 1 Corinthians 14 in this post, but I will include the verse reference for you to look it up on your own.

Prophecy is a greater and more useful gift than speaking in tongues. (1 Corinthians 14:1-6). Without an interpreter, tongues doesn’t benefit anyone but the speaker. It is interesting to understand that the legitimate gift of tongues is always translated plural. Yet, many were in Corinth were speaking in an ‘unknown’ tongue (singular) that no one knew. Paul was possibly referencing this misuse of the legitimate gift in 1 Corinthians 14.

Without interpretation, the gift of tongues serves little purpose. (1 Corinthians 17:7-19). If you don’t understand what someone is saying, you can’t receive any instruction. It’s just babble. An interpreter is vital.

The primary purpose of tongues was a sign to unbelieving Jews. (1 Corinthians 17:20-22) Paul refers to Isaiah 28:11-12. This is a prophecy to the Jews who would not listen to God’s prophets in their language. God promised that He would send the Assyrians in another language as a judgment. He also eventually brought the Babylonians. In context, the gift of tongues was a sign to the Jews that because of their unbelief in Jesus, God’s judgment was to speak His message through the Gentile languages. The gift of tongues is not referred to a private language. Spiritual gifts are always to be used for the public benefit of others believers.

The improper use of tongues could turn unbelievers away from God. (1 Corinthians 14:23-25). If an unbeliever entered a worship service, and everyone was speaking in tongues, he would think the crowd was crazy. He would leave without hearing the message.

Are these gifts for today? With the foundational work of the Apostles and prophets ended and the Bible complete, it would seem that the gifts of knowledge, prophecy, and tongues are no longer needed.

The overarching concern of Paul in 1 Corinthians 14 is that the public worship of God had the wrong emphasis. The Corinthians Christians were more concerned about performance and personal pleasure. We should never allow our selfish interests rob the public worship of God from its intended purpose of bringing glory to God, strengthening and encouraging believers, and reaching unbelievers. When your worship is about you it ceases to be worship.

Tongues can be controversial and has divided Christians. But it is a minor aspect of Christian doctrine. We may not be able to attend the same church but we will live in the same Heaven. For some reason, Christians differ on many areas. But if a person is in agreement about the Person of Jesus Christ and His salvation, spiritual unity is possible.