Why Children of Christian Parents Abandon the Faith 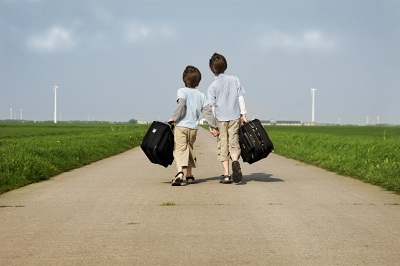 This is a guest post by Steve Christie, author of ‘Not Really of Us.’

I’d like to speak to you about something that has really been on my heart over the last few years. It’s about the alarming statistic of children who grew up in the Church, & have left it, just within this last generation. The generation of the “Millennials” – those ages 20 to 29 – who were raised up faithfully in the church, just within the last 10 years, who were taught about the Inspiration & inerrancy of the Bible, taught the truth about Jesus & Christianity – most of them stopped attending church in their 20s & have even abandoned the faith.

This statistic is significant specifically to this generation – the “Millennials.” According to Barna Research, “Only 1 in 3 teens (30%) will continue to participate in church life once they are living on their own.” In fact, Ken Ham from “Answers in Genesis” stated “We shouldn’t be surprised that two thirds of the young people growing up in the church will leave the church in their 20s.” Two-thirds – that’s nearly 70%! – and, again, significant to this specific generation.

One of the things that Christian parents, & even Christian leaders, don’t even realize, is that the doubt that their children are having occurs long before they enter college. The following questions were asked to “Millennials” who grew up in the Church:

“At what age did you begin to really question contents in the Bible?” – Majority – high school or younger (40% – end of middle school; 45% – end of high school)

We are losing our next generation of the Church, & what’s frightening, is that for most of us, we don’t even know “why”. But the secular community has figured out that if they can influence our Church youth when they are young, before they leave home, they are more likely to abandon the faith by the time they enter their 20’s. Atheist Lawrence Krauss, who is a theoretical physicist & cosmologist stated, “Change is always one generation away. So if we can plant the seeds of doubt in our children, religion [Christianity] will go away in a generation, or at least largely go away – and that’s what I think we have an obligation to do.” Secularists have learned “how” to reach our youth early. It’s up to us in the Church to reach them earlier.

Unfortunately, one of the reasons mentioned in my book why many children abandon the faith is because they get confused between “opinion” & “truth.” And that’s because most people, even those raised in the Church, don’t realize that while opinions are not always right, truth is. Truth is absolute. In fact, Barna Research points out that: “A minority of Born-Again adults (44%) & even fewer teens (9%) are certain of the existence of absolute truth.” But for anyone who has taken a true & false exam, they know that not every statement or question on that test is true. And our Lord pointed out when He was praying to His Heavenly Father, He said “Sanctify them in the truth; your word is truth” (John 17:17). And as I emphasize in my book, “Although opinion is valuable, truth is necessary.” And it’s necessary, because accepting or rejecting the historical truth about the Atonement of Christ, His shed blood on the cross for our sins, & the necessity to genuinely repenting of our sins against God to receive forgiveness, is the difference between the absolute truth of spending eternity in Heaven in the presence of God forever vs. eternity in Hell out of the presence of God forever.

Let’s not lose another generation of the Church, especially to arguments full of holes with the sole purpose to lie to our children & tear them away from the love & truth of God. Scripture tells us that parents have the primary responsibility given to them by our Lord to teach & assure them of the truth of the Gospel, which is based on faith of the truth of Scripture, which is based on reliable, verifiable evidence. And as the writer of Hebrews tells us: “Now faith is the assurance of things hoped for, the evidence of things not seen.”

Steve Christie is a local author from Toledo. You can read more about him and his book, Not Really of Us, at his website: www.notreallyofus.com.

You can also read some of my articles about Christian parenting: The Hardest Job in the World – Being a Parent, The Powerful Principle of Three Chairs, 5 Things My Papaw Taught Me, Father Does Best.