The Impact of a Teacher… Teddy Stallard by Tony Campolo Elizabeth Ballard of Chesapeake, Virginia, tells the story of a schoolteacher named Miss Jean Thompson that illustrates brilliantly how work can be ministry.

Each September, Miss Thompson greeted her new students with the words, “Boys & girls, I love you all the same. I have no favorites.” Of course, she wasn’t being completely truthful. Teachers do have favorites, & what is worse, they sometimes have students they just don’t like. 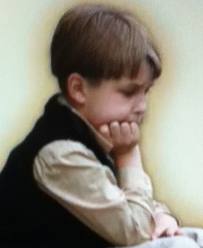 Teddy Stallard was a boy Miss Thompson just didn’t like, & for good reason. He was a sullen boy who sat slouched in his seat with his head down. When she spoke to him he always answered in monosyllables of “yes” & “no.” His clothes were musty & his hair unkempt. He was an unattractive boy in just about every way. Whenever she marked Teddy’s papers she got a certain perverse delight out of putting Xs next to the wrong answers. And when she put the “F” at the top of his papers, she always did it with a flair. She should have known better. Teachers have records, & she had records on Teddy:

First grade: Teddy shows promise with his work & attitude, but poor home situation.
Second grade: Teddy is a good boy, but he is too serious for a second grader. His mother is terminally ill.

Fourth grade: Teddy is a troubled child. He needs help.

Christmas came. The children brought presents to Miss Thompson & piled them on her desk. They crowded around to watch her open them. All the presents were wrapped in brightly-colored paper, except for Teddy’s present. His was wrapped in brown paper & held together with Scotch tape. But to tell the truth, she was surprised that he even brought a present.

At the end of the day when all the other children had left, Teddy came over to her desk & said softly, “Miss Thompson… All day today you smelled just like my mother used to smell. That’s her bracelet you’re wearing. It looks very nice on you… I’m really glad you like my presents.” After he left, she got down on her knees & buried her head in her hands & cried & cried & cried, & she asked God to forgive her.

Teddy moved away & Miss Thompson didn’t hear from him for a long time. Then, one day, seemingly out of nowhere, came a note:

Dear Miss Thompson, I’m graduating from high school. I wanted you to be the first to know. Love, Teddy Stallard

There was no address. But, 4 years later there was another short note, & it read:

Dear Miss Thompson, I wanted you to be the first to know. I’m second in my class. The university has not been easy, but I really liked it. Love, Teddy Stallard

And 4 years later there was still another note:

Dear Miss Thompson, As of today I am Theodore J. Stallard, MD! How about that! I wanted you to be the first to know. I’m going to be married, the 27th of July to be exact. I want you to come & I want you to sit where my mother would have sat. You’re the only family I have now. Dad died last year. Love, Teddy Stallard

And she went. And she sat where Teddy’s mother would have sat . . . because she deserved to be there. She was a teacher who had done something great for the Kingdom of God, & she deserved her reward.

Do you have a teacher who made a big impact in your life?