The Most Exciting Play in Baseball

I love baseball! It’s one of the few sports that has no clock. And that’s what causes non-baseball fans to hate it. It runs too slow.

But there are a lot of exciting plays in baseball. A double play. A home run, especially a grand slam home run. A no-hitter or a perfect game. But the most exciting play, for me, is the squeeze play.

The squeeze play happens when a player is on third base. The batter bunts the ball at the same time the third base runner tries to steal home. The dilemma is that if the batter doesn’t make contact, the runner is caught easily at home and makes an out. There have been some exciting game winning squeeze plays. 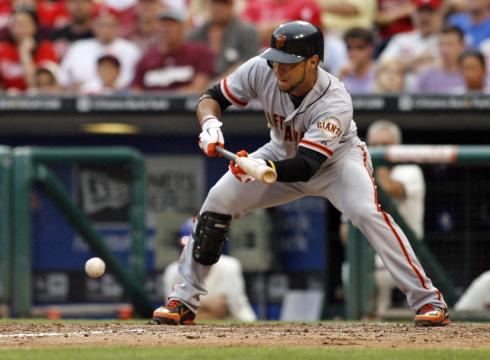 The bunt is an interesting option for a baseball hitter. Rather than trying to make it to on base himself, he sacrifices his turn at bat to move another runner closer to home. Though sometimes the bunter makes it to first, he is almost always called out.

I think each of us needs to consider sacrificing our turn to move others ahead closer to home (Heaven). We live in a world where everyone wants things for themselves. But a fulfilling life is spent by investing in others.

It is said of Jesus, that He thought not of Himself, but thought of others first. He did not consider who He was (God), but gave His life as a ransom for all. Even the Son of God spent His life for others. He sacrificed His life that we might have eternal life.

What is your favorite play in baseball & why?